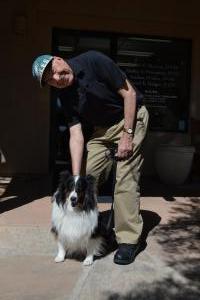 Star was initially brought in for lethargy and “not acting right” for about two weeks. After a thorough examination, the doctor found lumbar pain and weight loss. We took back X-rays and saw a lesion on the spine, which prompted us to begin pain medication immediately while we were waiting for blood work results. Star came back Valley Fever positive, and immediately began Fluconazole. Five days later she returned to the hospital unable to move her rear limbs. We were concerned that she may not recover, but decided to give her 48 hours with steroids and a large dose of Fluconazole. Star responded almost immediately, and she is able to walk freely now! Star is happy and comfortable on her maintenance dose of Fluconazole all due to the fact that her owners noticed her changes in behavior which quickened her diagnosis and treatment. Star and her people are PET HEROES!!